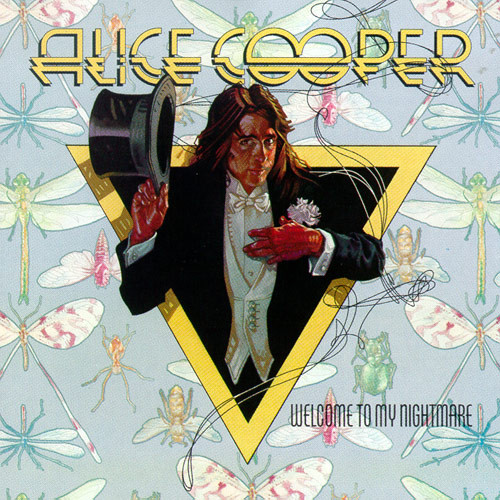 Welcome to My Nightmare

The cover artwork was created by Drew Struzan for Pacific Eye & Ear. Rolling Stone would later rank it ninetieth on the list of the “Top 100 Album Covers Of All Time”.[1] The remastered CD version adds three alternate version bonus tracks. Famed film actor of the horror genre Vincent Price provided a monologue in the song “Black Widow”. The original version of “Escape” was recorded by The Hollywood Stars for their shelved 1974 album “Shine Like a Radio”, which was finally released in 2013. The ballad “Only Women Bleed”, released as a single, is a song originally composed by guitarist Dick Wagner for his late-60s band The Frost, with a new title provided by Cooper and revised lyrics written by Wagner and Cooper.[4]