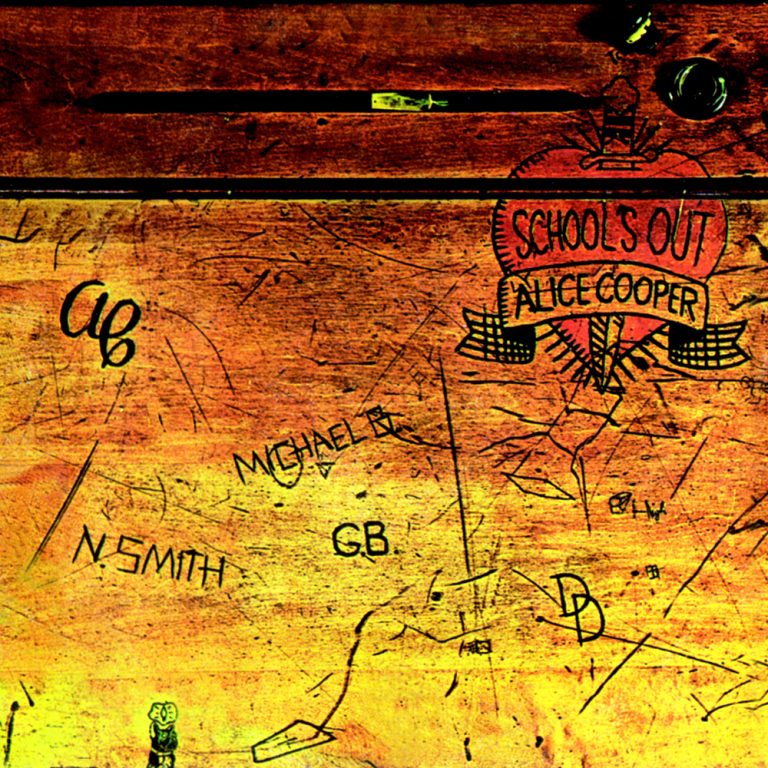 School’s Out is the fifth studio album by American rock band Alice Cooper, released in 1972. The album’s title track has remained a staple song in Alice Cooper’s live set list and receives regular airplay on many “Classic Rock” radio stations. School’s Out reached No. 2 on the US Billboard 200 chart and No. 1 on the Canadian RPM 100 Top Albums chart, holding the top position for four weeks. The single “School’s Out” reached No. 7 on the Billboard Hot 100, No. 3 on the Canadian RPM Top Singles Chart and went to No. 1 in the UK Singles Chart.

The original album cover (designed by Craig Braun) had the sleeve opening in the manner of a wooden school desk, similar to Thinks: School Stinks, by Hotlegs, released two years earlier. The vinyl record inside was wrapped in a pair of panties, though this was later discontinued as the paper panties were found to be flammable. The actual desk is on display in the Hard Rock Cafe in Las Vegas.