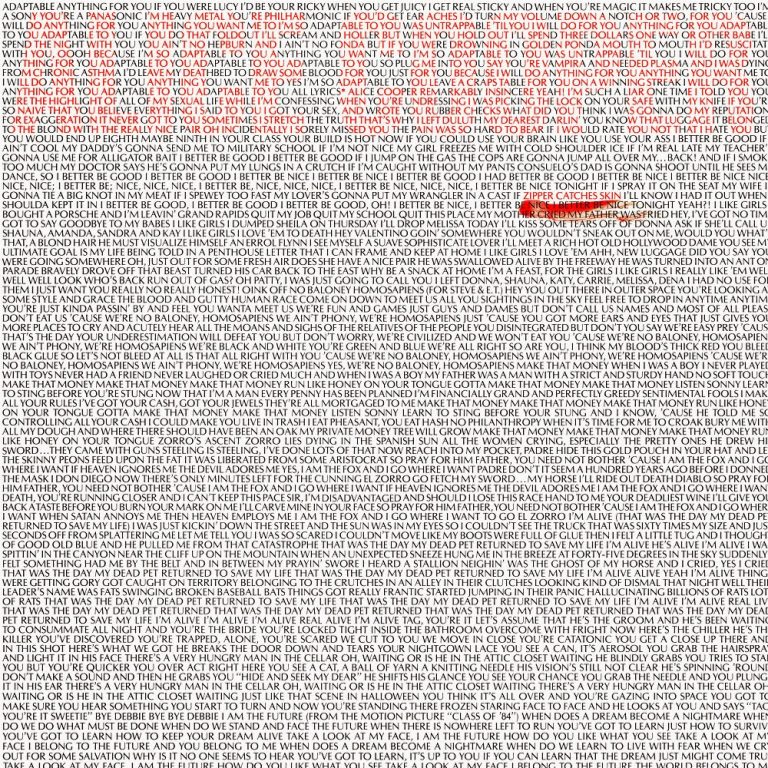 Zipper Catches Skin is the fourteenth studio album by Alice Cooper, released in 1982.

Co-produced by Cooper and his bassist at the time, Erik Scott, Zipper Catches Skin is musically known for its dry and energetic hard rock style, with pop punk and post-punk influences and less emphasis on hard riffs, carrying on a similar musical direction of the preceding Special Forces with sonically slicker and clearer results. Lyrically, Cooper employed a much stronger focus on comical sarcasm and on avoiding using clichéd subject matter. Erik Scott has stated the album “was meant to be lean, stripped down, and low on frills. Punkish and bratty.”[2]

Alice Cooper and Erik Scott; "I Am the Future" – Steve Tyrell