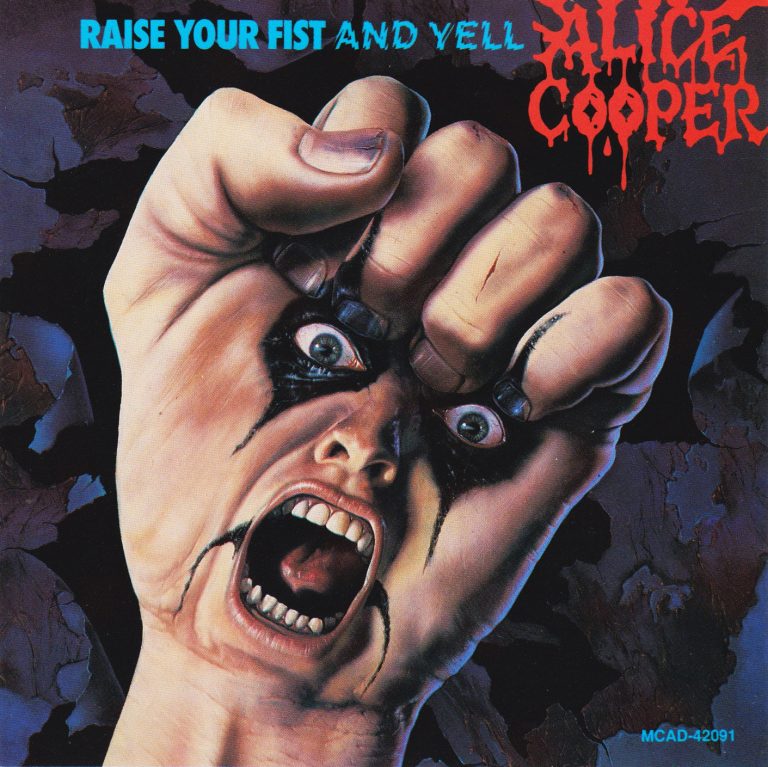 Raise Your Fist and Yell

Raise Your Fist and Yell is the seventeenth studio album by rock musician Alice Cooper released on September 5th 1987. It features the track “Prince of Darkness”, which is featured very briefly in the John Carpenter film of the same name, in which Cooper has a cameo as a murderous vagrant. The song can be heard on the Walkman of one of his victims. A music video was made for the song “Freedom”, which also became the album’s sole single. Raise Your Fist and Yell is the only Alice Cooper album to feature Ken K. Mary on drums and the last to feature Kip Winger on bass.

The album continues the slasher film trend created by Cooper’s previous album Constrictor. The track “Lock Me Up” features a guest appearance from Robert Englund, who portrayed Freddy Krueger in the A Nightmare On Elm Street series. The album cover for Raise Your Fist and Yell was painted by artist Jim Warren.