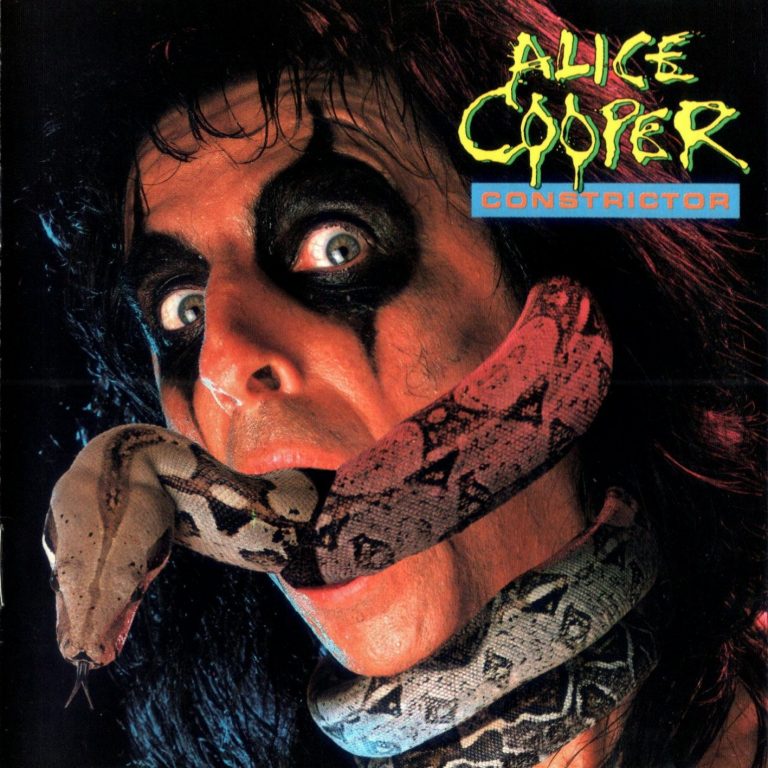 Constrictor is the sixteenth studio album by rock musician Alice Cooper released on September 22, 1986. After a hiatus from the music industry after the release of DaDa, Cooper remained in seclusion for three years. He starred in Monster Dog, a horror film for which he wrote two songs. He also guest starred on the Twisted Sister track “Be Chrool to Your Scuel”. Constrictor was Alice Cooper’s first album to feature Kane Roberts on guitar, Kip Winger on bass, who would later gain great fame with his own band, Winger and the only one to feature David Rosenberg on drums.

The horror series Friday the 13th teamed up with Cooper during this time to produce the theme song for its latest film. The song “He’s Back (The Man Behind the Mask)” was written for Friday the 13th Part VI: Jason Lives and went on to become a #1 hit in Sweden.