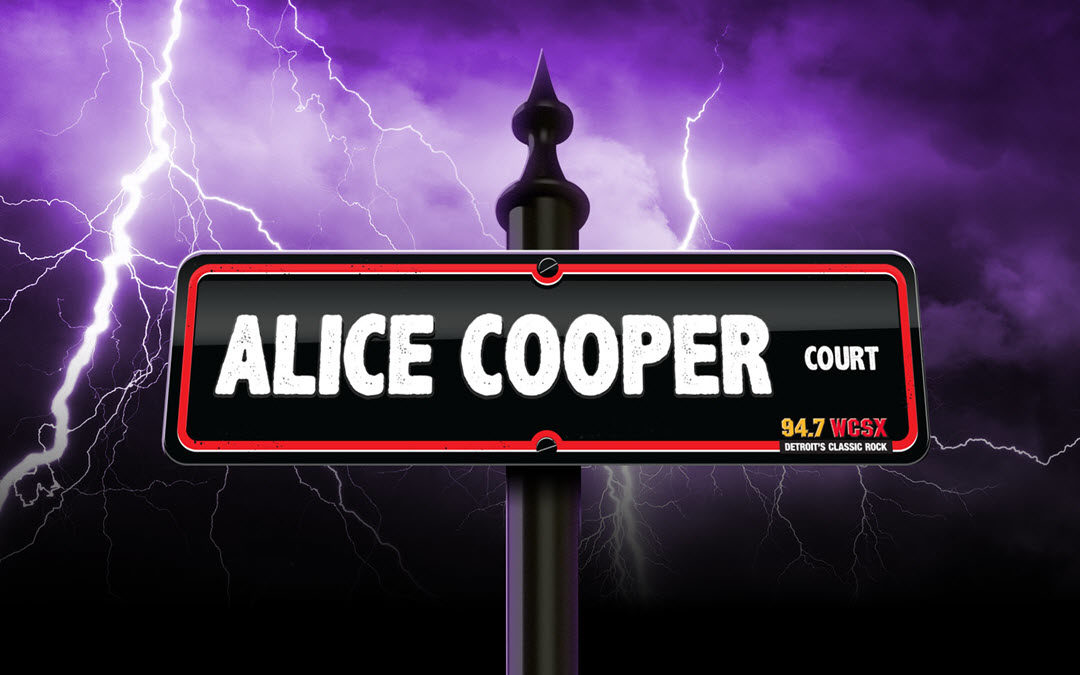 In keeping with the tradition of “Bob Seger Blvd” and “Glenn Frey Drive”, “Alice Cooper Court” will become a reality in 2021 in the Motor City! 94.7 WCSX-FM Morning Personality Big Jim O’Brien surprised Alice with the exciting news on his birthday yesterday!

Cooper holds an iconic place in music history being the first villain of rock and roll with legendary theatrical live performances. A 2011 inductee to the R&R HOF, the legendary rocker was born and raised in East Detroit.

What do you give Alice Cooper for his birthday?” said O’Brien. “A lasting symbol of our love and respect- his very own street in the Motor City!”

“Alice Cooper Court is another way WCSX strives to connect locally and emotionally with Classic Rock fans,” said Beasley Media Group Vice President of Content and Director Detroit Programming, Scott Jameson. “Honoring our hometown legend with this landmark is a proud moment for the City of Detroit.”

Details regarding the official unveiling will be announced soon.