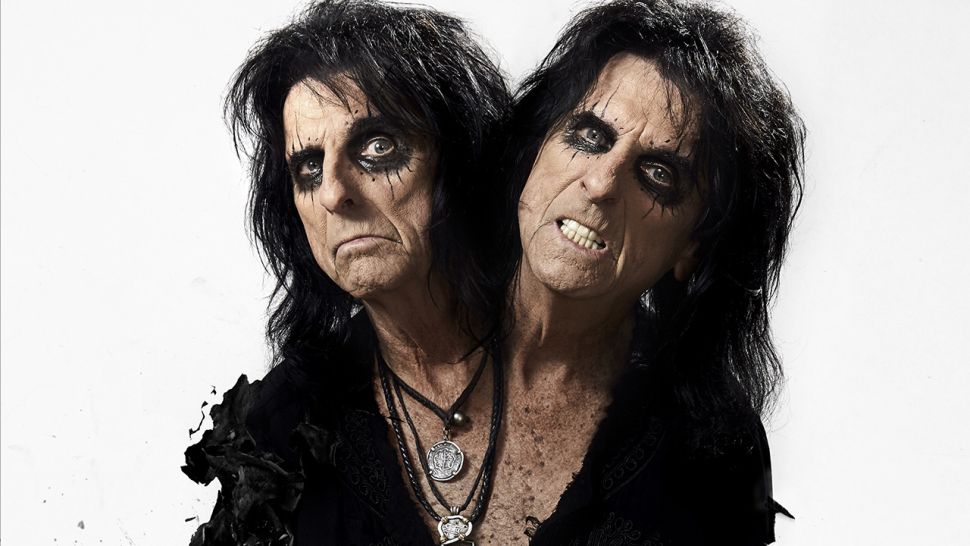 Alice Cooper has revealed that his favourite rock star is Alice Cooper.

The vocalist was a guest on the SiriusXM Volume show when he was asked how he’s managed to keep himself and his persona separate throughout his career and still keep it identifiable.

Cooper responds: “I created a character that I really like – Alice is my favourite rock star. I totally disconnect myself from the character.

“When I’m sitting at home and my grandkids are around – and even my kids with the full blast of Alice Cooper – if an Alice Cooper video came on, my kids would go, ‘Oh look, dad – there’s Alice Cooper!’ They realised I played Alice Cooper, but I wasn’t Alice Cooper.

He adds: “I’ve always wanted rock star that was a villain, that looked swashbuckling, but that was funny but dangerous and that’s who I designed Alice to be.”

Cooper released a video for his track Don’t Give Up back in April, with the vocalist previously calling on fans to share either a photo or a video of them holding up signs with messages of unity using lyrics from the track.

More than 20,000 responded, and Cooper hand-picked his favourites to be included in the final promo.

He said: “It’s a song about what we’ve all been going through right now and about keeping our heads up and fighting back together… and whatever you do – Don’t Give Up!”

Cooper will release Don’t Give Up as a limited edition 7-inch picture disc on August 14 through earMUSIC, which will be available exclusively through the label’s online store.