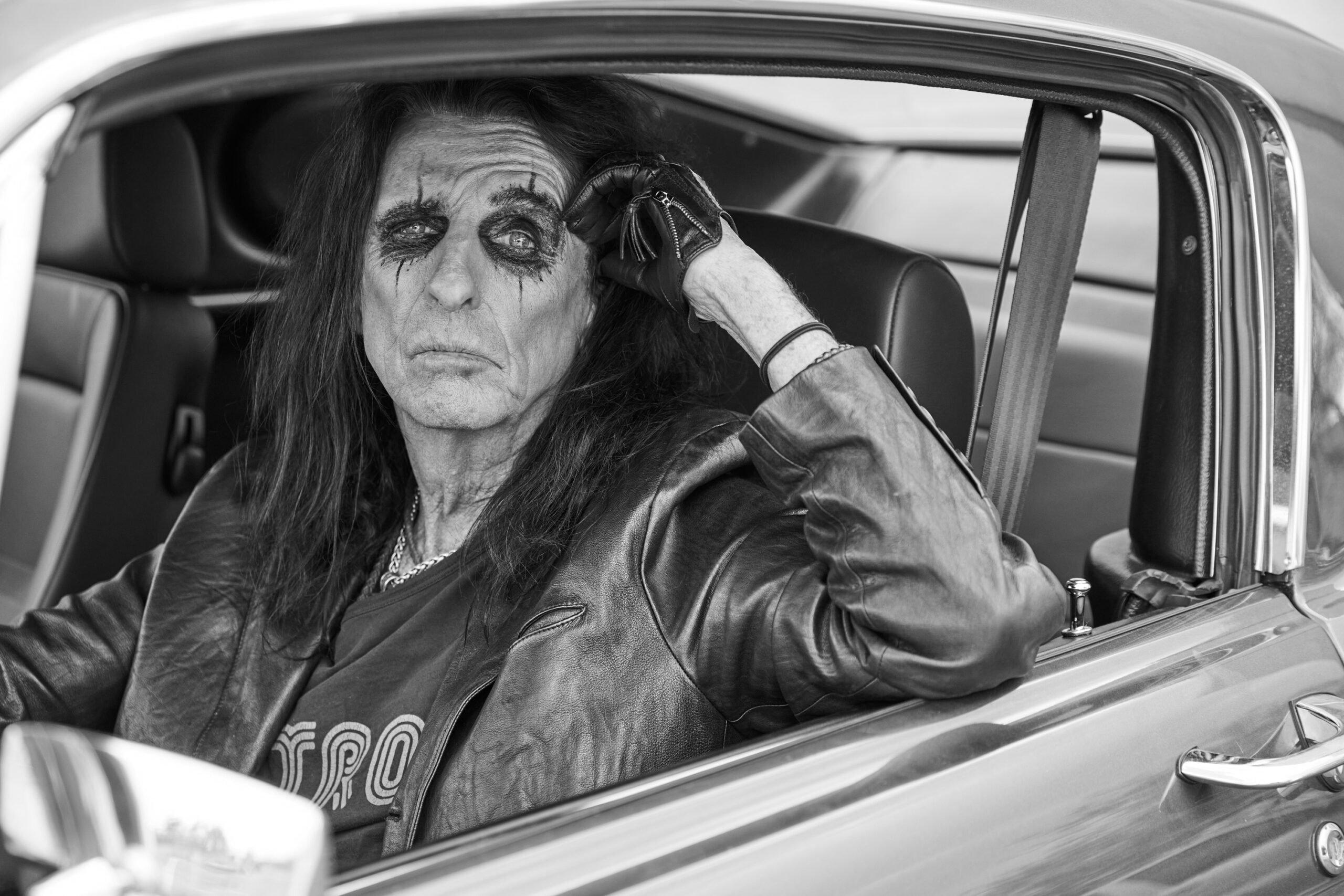 via The Oakland Press

Alice Cooper’s “Detroit Stories” album has barely been out for six months. But the Detroit-born shock rocker says “I’m thinking about it as being an old album” at this point.

That’s because during the interim, partly thanks to being grounded by the pandemic, Cooper and producer Bob Ezrin have been working on new music — three albums’ worth by Cooper’s estimation. And that’s just the way he’d prefer to have things going nearly 53 years into his recording career.

“To me, it’s always ‘go forward,’” Cooper, 73 — who battled COVID-19 last year but is “back to normal” now — says by phone from his home in Arizona. “I never think about what happened before. I appreciate the history … but what I like best is when you’re sitting there with a pad of paper and we’re in a studio and you’re like, ‘OK, put that down. Put that riff down. Let’s put a vocal on top of that so I know what the melody line is,’ then I can go home and work the lyrics out and see where we’re going with this.

“It never gets old.”

The past, meanwhile, is what provides ample encouragement for Cooper.

Born Vincent Furnier in Detroit, the son of an evangelistic minister, he moved with his family to Arizona for health reasons when Cooper was young. There he met the other members of the original Alice Cooper band, which signed with Frank Zappa’s Straight Records and released its first album, “Pretties For You,” in 1969. The group, which gradually developed a stage show filled with macabre theatrics — including a variety of executions — temporarily relocated back to Detroit during 1970 where it came up with the hit single “I’m Eighteen” and other material for its 1971 breakthrough albums “Love It to Death” and “Killer.”

Before long, Alice Cooper was one of the biggest and certainly most controversial bands in the world, with a string of platinum albums and momentum that propelled Cooper himself into a solo career with 1975’s “Welcome to My Nightmare.” Despite commercial ups and downs, the legend of Alice Cooper has sustained over the decades, including a Rock and Roll Hall of Fame induction in 2010.

And “Detroit Stories’” debut at No. 1 on Billboard’s Top Album Sales chart in February is proof to Cooper that the magic hasn’t worn off.

“I appreciate ‘Detroit Stories’ having that debut that it had, and the acceptance, which is great,” he says. “That really is encouraging for me, and it just tells me that people are not just considering me an oldie but a goodie. People are liking the new material, which is fabulous.”

Though Cooper is excited about what’s coming next, he’s loathe to speak in specifics, saying only that he’s working again with Ezrin and that the music is coming from a similar direction.

“It’s not Cincinnati Stories or St. Louis Stories or stuff like that,” Cooper says, “but it’s really good, hard-driving rock ‘n’ roll, and I’m working with a lot of different people.” And Ezrin, who produced some of Cooper’s most successful albums during the ’70s as well as his last three efforts, remains a key creative lynch pin.

“We’ve done this so many times that we can listen to something one time and go ‘no, no, no, yes — that one!’” Cooper says. “That’s really the process. If Bob and I can look at each other and go, ‘That was the one. That’s the one we’re gonna work on,’ then you spare all the other stuff and you sit down and write those songs with a lot of confidence that they’ll stick.”

Cooper isn’t ready to predict timing for the material he’s working on, especially now that he’s back in tour mode for the first time since March 2020. His current North American tour runs into the third week of October, and he’ll be part of the Monsters of Rock Cruise during early February. There are a half-dozen U.K. dates booked for late spring with The Cult, and Cooper is hoping that Hollywood Vampires, his all-star project with Johnny Depp and Aerosmith’s Joe Perry, will reactivate at some point during 2022.

“I think everybody’s just happy to get back on stage — almost to the point of being giddy,” he says. “With this show especially. … Other rock ‘n’ roll shows you’re gonna get up there and play your songs, great. With this show it’s also the fun of the show and remembering all the little nuances that worked, the things that happen when you’re doing 100 shows and by the time the 100th show comes around you’ve already put three or five or 10 little nuanced things in that really shape it and make it into something really cool.

“It’s just getting back on the boards and feeling comfortable with the show again — and then all of a sudden you go, ‘Yeah, I remember what we did there,’ or ‘I’ve always wanted to change that. Let’s do it now.’ I guarantee by the second show it’s gonna be back to what it was, and then I can start to think about, ‘OK, now what…?’”