Alice Cooper: “I woke up with 40 bodies around me” 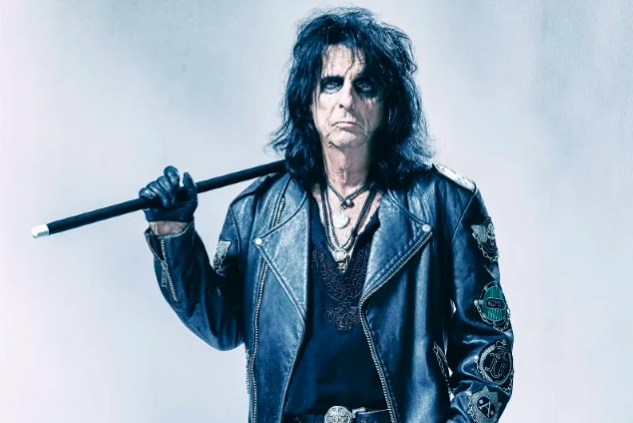 Pythons, guillotines and drug-fuelled parties – this why Alice Cooper is the Godfather Of Shock and you’re not

Alice Cooper was there at the birth of hard rock and heavy metal, lurking in the shadows like a malevolent spectre. Generations of bands from Kiss to Marilyn Manson owe the Godfather Of Shock a debt, while everyone from Anthrax to crooner Pat Boone has covered his songs. We tiptoe into his chamber of horrors to ask the man born Vincent Furnier to reveal the secrets of his excess.

What’s the worst thing about being in a band?

“It’s great talking to people in interviews, but when you get days of 22 interviews is when you start losing it; you can’t say the same things again! When we were just breaking England, I’d be doing 20-25 interviews a day for 10 days in a row. When I meet young bands now who can’t wait to make it, I tell them to be careful what they wish for because that’s when the real work starts.”

“I learned from observing others that the bigger the stars were, the nicer they were. Everybody I’ve ever met that I highly admired were the nicest people – The Beatles, Elvis Presley and Salvador Dalí. I always felt if I got to their level, the best thing to do is be yourself and be nice.”

When was the first time you felt like a rock star?

“When you get on stage, you’re not yourself anymore and you suddenly become a different character. When I developed the Alice character, people stopped me and said, ‘You’re that guy with the make-up and the snake! Can I get your picture?’ People think it must get really old for me but I worry about the day when they don’t want my picture.”

What’s been your worst experience on drugs?

“I was at a party in Detroit when THC was a big deal and everybody took these capsules of really uncut, strong stuff, so everyone passed out. I woke up at 3am and there were 40 bodies lying around me, it looked like Jonestown. I thought everybody was dead except me! It was the middle of winter, so I walked out in the snow for about two miles with just a shirt on to get myself back to being human again. By the time I got back, people were just starting to wake up. It was really terrifying!”

When was the last time you cried?

“I’m not emotional on that level, I’m too logical so I compartmentalise things. I can be sad, but it’s very rare that I’ll cry about it. The last time was probably when my dad passed away back in 1987.”

What’s your favourite song in your setlist?

How hard is it putting together a new Alice Cooper show every year?

“This is my favourite time of year because the props are being made right now and we’re putting the pieces together like a jigsaw. We always write the finale first and work backwards; I know I have to do No More Mr Nice Guy, Poison and School’s Out. That only gives me three to four songs where I have the luxury of doing something the audience aren’t expecting – for example, Steven [the song named after the central character on Welcome To My Nightmare] is going to be on the tour this year!”

What’s your character Steven up to now? Paying taxes?

“Steven is the little kid that’s in everyone, he’s an innocent mischief maker and he’s fascinated with everything – he’s a poltergeist. He’s a kid but you never want him to grow up, so don’t ever lose that inner child because they are very important to who you are. There’s a part of Alice that really depends on that little trickster.”

What happens to your theatrical props after they’re used?

“The audience really looks forward to the guillotine and the straitjacket, but we try to change the props for every tour so people have to remind me of things we used before. We have a warehouse full of all the old stage props that we used over the years and I would not want to spend the night in there alone!”