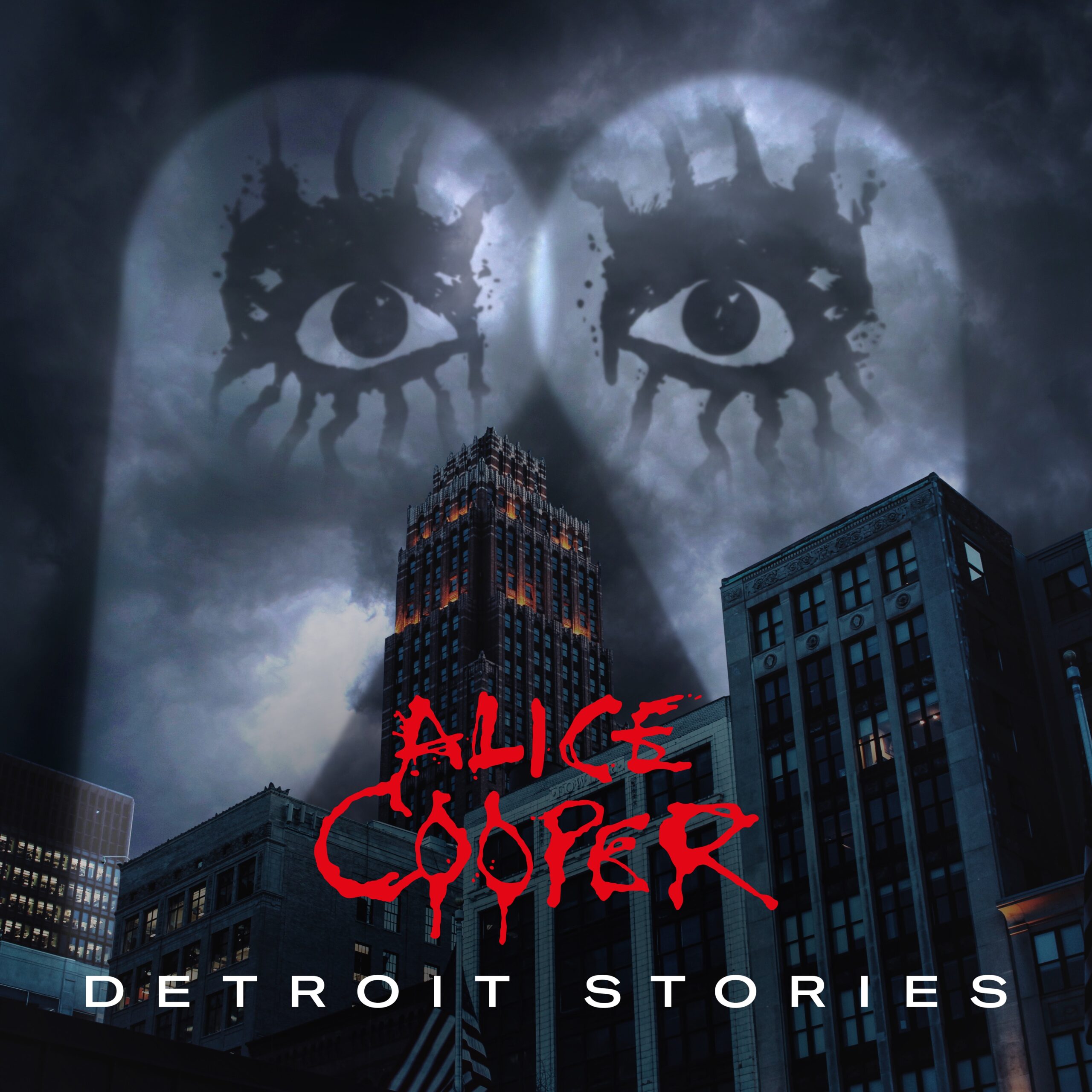 A decade ago, Alice Cooper reconnected with his roots. He created a sequel to his 1975 album Welcome to my Nightmare with Bob Ezrin, the producer whose vision crystallized Alice Cooper, the band, and shot them to stardom in the early-Seventies. The survivors of that original outfit also played on the album, their first recordings with the singer in 38 years. After a couple of decades firing out increasingly stale metal, Cooper suddenly sounded refreshed and full of mischief. That same team partly reconvened for 2017’s Paranormal. Now they’re at it again. Alice Cooper has had more comebacks than Arnie Schwarzenegger, but for this entertaining album of unforced hokum, he deserves another.

Detroit Stories is an unashamed retro-rockin’ good time, nostalgically paying tribute to the city that gave the group their platform. It includes Wayne Kramer of MC5 on guitar and revels in sheer goofy trash-riffin’, opening with an unrecognizable take on The Velvet Underground’s “Rock’n’Roll”, part arch showbiz and part biker bar.

US proto-punk rears its head throughout, notably on the Dictators-like stomper “Go Man Go”, and “I Hate You”, the latter purposefully sung-shouted badly by each band member in turn. Elsewhere the music ranges from the cheery, catchy Vaudeville-rock schtick of “Our Love Will Change the World” and the funkin’ “$1000 High Heels” (featuring Sister Sledge and the Motor City Horns), to a bunch of songs that come on like early ZZ Top on a kitsch garage trip. The lyrics throughout are enjoyably ludicrous, garish and hammy (“Drunk and in Love: “I saw you, baby, and I pissed my pants/Now I’m shaking while I’m trying to stand/Come into my cardboard box and out of the storm/You can mend my socks while I keep you warm.”)

Aside from a closing garagey assault on an early Bob Seger cut, “East Side Story”, things tail off after catchy power-pop slowie “Wonderful World”. The album would be tighter without a trio of lesser tunes at its end, including a Quo-ish take on MC5’s “Sister Anne” and the heartfelt but tacky state-of-the-COVID-nation morale-booster “Don’t Give Up”. These are “bonus tracks” and, in any case, who cares! Only the supremely deluded would expect non-stop sonic originality on a new album from Alice Cooper, but for sheer spirit-raising rock’n’roll kicks’n’giggles, Detroit Stories is a blast.