35 Years Ago: Alice Cooper Strikes Back With ‘Constrictor’ 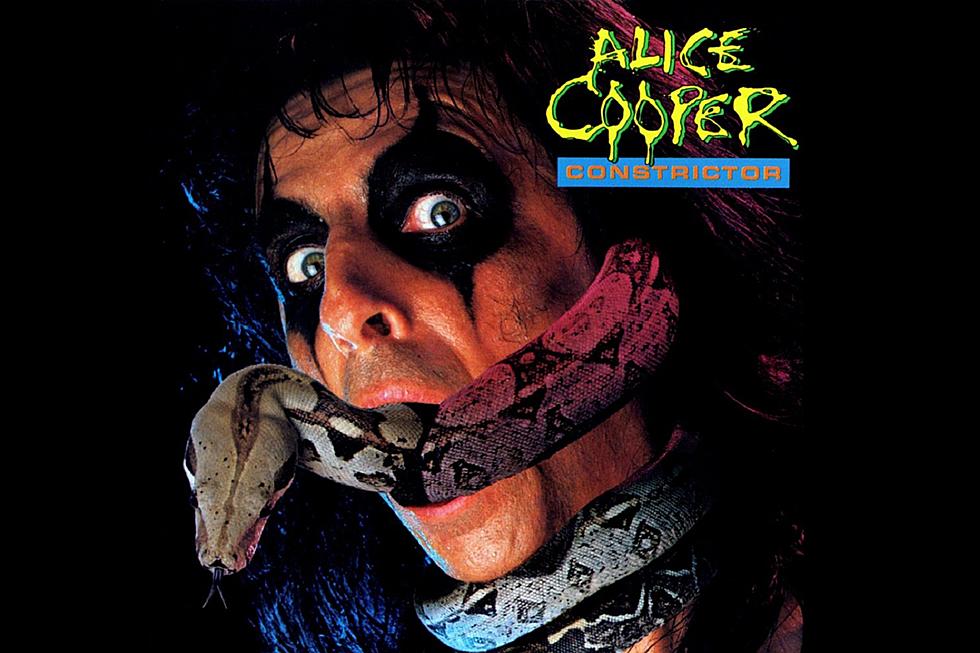 Like many rock acts that came up in the ’70s, Alice Cooper found himself on unsure footing as a new decade dawned and brought along a significant drop in popularity.

But when MTV began to rise and heavy metal found its place on the network, the legendary shock rocker realized the time was right to make a return, resulting in the release of Constrictor on Sept. 22, 1986. “This metal thing snuck up on me a little bit,” Cooper said in the 2014 documentary Super Duper Alice Cooper.

“There were these bands now that were show bands, they were images bands, and they wrote good songs. Once again, the world had moved on, and now Alice Cooper fit in. I kinda felt like, ‘I can take my crown back.’ But I wasn’t a rock star anymore; I was a dad and a husband. Could I become that Alice character again?”

It wasn’t as simple as putting on the black eye makeup and a studded leather jacket again. Cooper had spent years mired in an alcohol- and drug-addicted fog that sent his life into a personal and professional downward spiral. Musically, he’d struck out with Special Forces (1981), Zipper Catches Skin (1982) and DaDa (1983), and was in such a haze he barely remembered recording the three albums and didn’t even tour to support the latter two.

In addition to his substance abuse and a failing marriage, Cooper faced an internal battle between his personal life as Vincent Furnier and his stage persona as Alice Cooper. He concluded they didn’t need to coexist; Alice could survive solely onstage. The realization sent him on the road to recovery, as he staved off divorce and recommitted to being a father.

Seeing the likes of Twisted Sister and Motley Crue find success with theatrics combined with hard rock, Cooper began plotting his musical rebirth. The main factor was the addition of Kane Roberts, who not only served as Cooper’s new guitarist and cowriter but also as a stabilizing presence whose focus was on the music rather than the party. “He is one of the main sort of nudges that got me out again,” Cooper told Power Hour in 1986. “When I met and started writing with him I said, ‘This is the attitude I’ve been looking for.’”

Constrictor’s first single, “He’s Back (The Man Behind the Mask),” was released in August 1986 as the theme song to Friday the 13th Part VI: Jason Lives.

Cooper didn’t think the track was representative of the rest of the album, but it became so popular that he tacked the song on at the end of the LP, almost as an afterthought. The movie franchise’s return to form helped build buzz for Cooper – three of his songs can be heard in the film: “Teenage Frankenstein,” Constrictor’s second single, and “Hard Rock Summer,” which wouldn’t see official release until the 1999 box set The Life and Crimes of Alice Cooper, joined “He’s Back” onscreen.