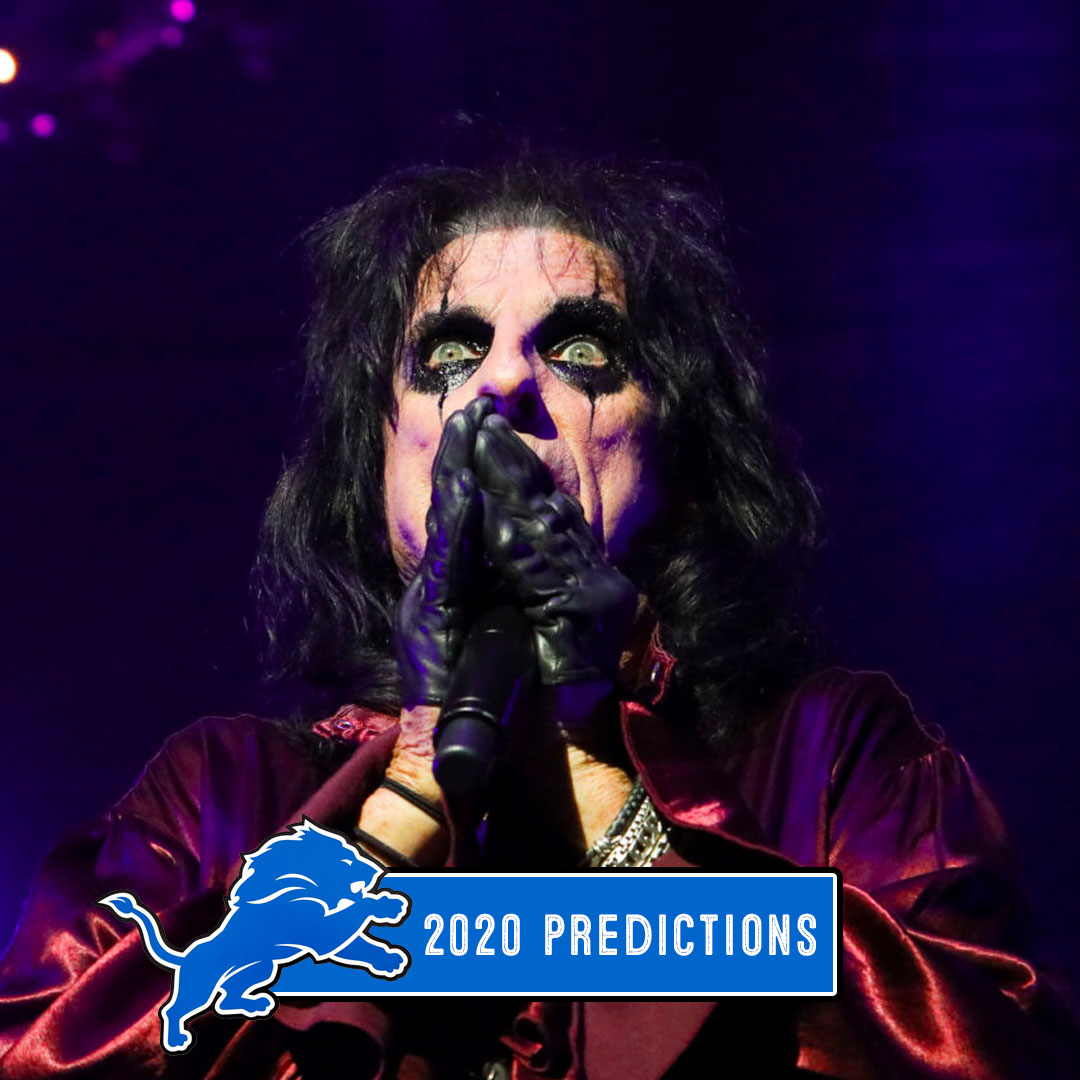 What’s the prognosis for the team this year?
I have been so busy doing other things that the Lions have not come into my focus yet, only because I’m not even sure if there’s going to be a season. And if so, it will probably be a shortened season, which might be in their favor. They could get hot for five or six games. Of course, always excited to see them play and to see who the new guys are and see how they’re doing.

This is a rebuilding year for your team. What happens to Stafford and Patricia if things don’t change in a positive fashion?
I think it’s always a rebuilding year for every team. I don’t think there’s such a thing as a rebuilding year — everybody’s rebuilding at all times. Stafford and Patricia, you know how good they are. It’s just a matter of, “Can you protect Stafford?” With Patricia, you have to deal with who your players are. If you get a team that gels together, you don’t need a bunch of superstars. You need a team that plays together. And I would always take that team over a superstar team anytime. Because that’s the team that’s gonna win, guys that that click together.

What are your reasonable hopes for the Lions? What’s their ceiling/floor?
I think the Lions could easily make the playoffs. They’re used to being sort of in the middle. So if they just have a couple of games that they’re not supposed to win that they do win — and that’s usually the better teams; they beat the better teams. They have to worry about the teams that aren’t as good that just step up and bite them.

Who is your player to watch this year on the Lions?
I think you always have to watch guys like Kenny Golladay, who’s going to be a Pro Bowler. And, of course, Marvin Jones with the tragedy of his son.

Do they make the playoffs?
If everybody stays healthy, I think they make the playoffs. It’s kind of a cliche, but I’m not talking about injuries — I’m talking about, you know, the virus. I will say they finish third in the division. The best games of the year are always against Green Bay. The two Lions-Green Bay games are always the highest-scoring games of the year. Those are the two most fun games to watch. I think if they can win one of those and beat Minnesota once — they never have a problem with the Bears. So all you have to have is a couple of games that you shouldn’t win go your way and you’re right there. But if San Francisco shows up this year, I could see that — I could see Kansas City and San Francisco again.

What’s your Super Bowl matchup?
I still like Kansas City. I think Kansas City is going to be in there. Who’s not watching Brady? Everybody’s watching Brady with the Buccaneers to see what happens. Who knows? That might be a match that starts a fire down there. And all of a sudden you get this team that just shows up. A whole team can be sparked by just one player. One guy like that comes in and everybody steps up and goes, “We’re tired of being losers; let’s be winners.” I’m not gonna say that the Buccaneers are gonna go the Super Bowl. I’m really interested in Tampa, but I could see Kansas City and somebody like Green Bay or Minnesota.

How do you think COVID impacts the season?
I think they should be taking their temperature every time. They should be getting a COVID test like once a day almost. But I mean, a team could be wiped out in one day. All it takes is one day for an entire team to be taken right out. So, you know, whoever’s the healthiest out there may win the whole thing.

Read the full preview at Spin.com